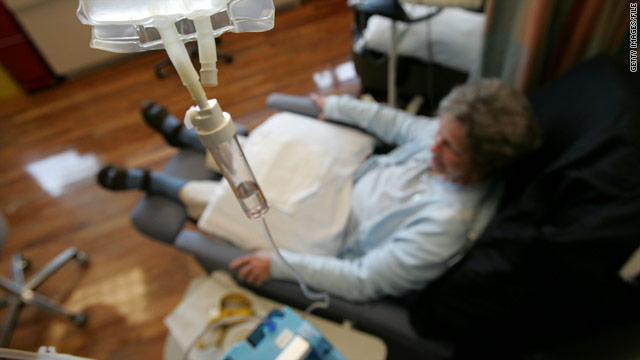 The costs associated with caring for cancer patients in the United States could increase as much as 66% by 2020, according to a study released Wednesday by the National Cancer Institute.

The predicted rise in cost is due in part to the nation’s growing population of elderly, who are aging into a period of their lives when they are at increased risk of developing common cancers.

“We’re expecting to see a lot more breast cancer treatment in the future,” says Dr. Robin Yabroff, an epidemiologist with the National Cancer Institute and one of the study’s authors. “It’s mostly in the elderly.”

To make their prediction about the cost of care in 2020, researchers looked at 13 cancers in men and 16 cancers in women. The researchers laid out three potential scenarios of change. The 66% increase in cancer care costs is the worst case assumption, which is predicated on a 5% annual increase in the cost of treating cancer in the first year after diagnosis and the final year of recovery or death.

“We know the costs of cancer care are increasing,” Yabroff says. “The costs of care are highest in the period after diagnosis and at the end of life among the people who die.”

Another “more reasonable” assumption according to the institute is a projected 39% increase in cancer care costs by 2020, which assumes only a 2% annual increase the costs of in treating cancer in its earliest and final phases. In a third scenario that factors in only a growing population of cancer patients, the institute predicts a more modest 27% increase in cancer care costs by 2020.

“Part of the reason we looked at several scenarios is it’s difficult to know what’s going to happen in the future, and treatment patterns can change really quickly,” says Yabroff.