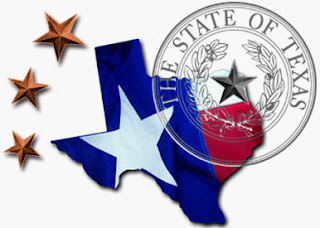 A leading Republican lawmaker in Texas, backed by Gov. Rick Perry, is proposing the state drop out of the Medicaid program and avoid upcoming mandates to expand state Medicaid programs under the healthcare reform law, according to a report by the New York Times.

Medicaid is “bankrupting our state,” said GOP State Representative Warren Chisum, who is campaigning to become speaker of the Texas House. “With Obamacare mandates coming down, we have a situation where we cannot reduce benefits or change eligibility,” he said. “We need to get out of it. And with the budget shortfall we’re anticipating, we may have to act this year.”

GOP Governor Rick Perry of Texas also talked about opting out of Medicaid in a CNN interview on Sunday. Several years ago, the Texas legislature adopted a proposal submitted by Gov. Perry to apply for a Medicaid waiver that would, among other things, “design tailored benefit packages for certain Medicaid recipients to meet special health care needs more effectively,” that bill stated. But HHS has not ruled on the waiver yet. “I haven’t gotten an answer yet,” Gov. Perry told CNN. “That is the issue at hand. Let the states be the laboratories of innovation and the good ideas will come out of that.”

The Heritage Foundation estimates Texas could save $60 billion from 2013-2019 by dropping acute-care coverage for Medicaid and the Children’s Health Insurance Program but continuing to finance long-term care services. The Texas Health and Human Services Commission will release its own study before January on the effect of opting out of Medicaid.

GOP State Representative John M. Zerwas, MD, an anesthesiologist who wrote the bill authorizing the health commission study, said he was not ready to discount the proposal to opt out of Medicaid but had concerns about the long-term effects. GOP state Senator Jane Nelson said opting out was worth considering but only if it made fiscal sense without jeopardizing care.